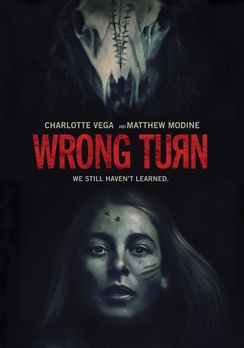 Pop quiz, hotshot: how many films are in the Wrong Turn franchise?

Even if you're a bonafide horror junkie like me, this question will most likely cause you to pause. After the debut of the wildly successful Wrong Turn in 2003, Hollywood did what Hollywood does best: take a good thing and drive it into the ground.

The correct answer, by the way, is seven.

The recent release of the reboot Wrong Turn is technically the seventh film in the last 18 years, but you might be hard-pressed to consider it canon. But then again, it's lightyears better than say the last three or four Wrong Turn films, so what is it?

Wrong Turn follows a group of friends who set out on the Appalachian Trail, but soon veer off the trail despite repeated warnings to stay on the trail. Once they take their "wrong turn," they unwittingly cross into land inhabited by The Foundation, a hidden community of mountain dwellers who prefer to stick to themselves. The Foundation doesn't take kindly to outsiders and the group of friends quickly find themselves fighting for their very survival.

Fans of the original Wrong Turn franchise will quickly realize that aside from the West Virginian woods and brutal violence, the new film shares very little with the earlier movies. That's not a bad thing, but I wouldn't get your hopes up of running into Three Finger, or any disfigurement for that matter.

For comparison's sake, it would be like creating a reboot of Friday the 13th and setting it at Camp Crystal Lake, but not including Jason Voorhees. The film can still be entertaining and a good horror film, but there's a bit of disservice in calling it a Friday the 13th movie.

Alan McElroy, the writer of the original Wrong Turn movie, returns to the franchise that he created for the first time for a glow up but his fresh take on the material removes the cannibalism and disfigurement for a more P.C. take on the horror trope. Instead, he introduces the audience to The Foundation and they are indeed spooky in their own right by donning masks made from animal skulls, but it's just not a Wrong Turn film.

Of course, you could say the same things about most of the franchise at this point. Unfortunately, in a race to make a buck off the original film's success, the quality of the work deteriorated exponentially with each installment. So much so, that most people figured that the series was finally killed off for good with 2014's Wrong Turn 6: Last Resort.

The introductions of The Foundation and the events of the Wrong Turn do set up the franchise for a resurrection, but should they simply use another name? It's not that the film wasn't enjoyable, because it was quite well crafted and one of the better horror films to come out in the post-Covid world, I just have issues labeling it a Wrong Turn movie.

For comparison's sake, I'm dropping the trailer to the original film that starred a young Eliza Dushku and Emmanuelle Chriqui. As you can see, they certainly copied the same backwoods mystique, but that's pretty much where the similarities end.

But you shouldn't get hung up in semantics. Whatever the new Wrong Turn is, it's a horror film that packs more punch than many of its peers lately. Like many films in the genre, it's a bit lacking in the character development department, but it makes up for it with strong performances from Charlotte Vega and Bill Sage.

These two actors command the screen when they are on it and when they have scenes together; that's when Wrong Turn truly hits its high notes. These scenes elevate Wrong Turn from just another cheap reboot looking to cash in on its namesake to a venerable horror film in its own right.

Wrong Turn is worth its own franchise following up on The Foundation and the impact of the events from this movie. With a little luck and perseverance, this film will simply be a launching board to another half dozen movies of its own.

Wrong Turn is now available on Blu-ray and DVD. 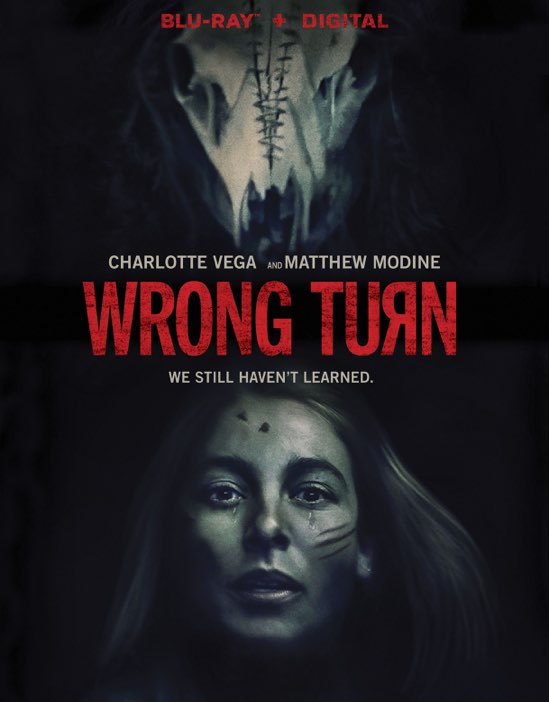 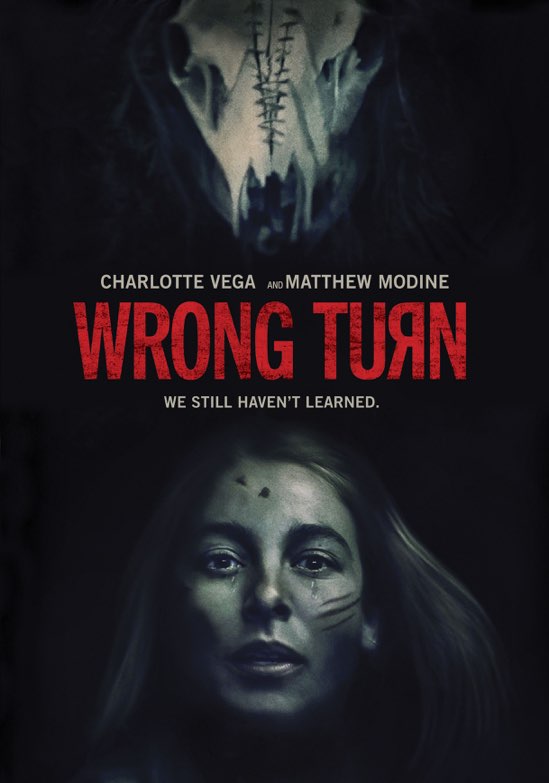