Best movies of 2016 that you don't know about yet: Tim's list 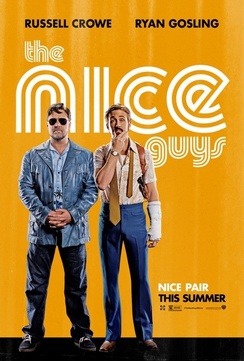 I have written thousands of articles for this site, but this one has probably been the toughest to write. As many of you know, Tim and I have been working on this site since its inception in 1999 and we pride ourselves on what it has become and how it continues to evolve with the ever-changing nature of the industry.

Whether it was VHS, DVD, HD-DVDs, UMDs, Blu-rays or Ultra HD Blu-rays, we have been there to provide the most thorough and accurate information on home entertainment release dates. And yet, just like Sonny and Cher, the Beatles, or Cheech & Chong, a breakup of this great team was inevitable.

As of last week, Tim is no longer working for the site and while the immediate reaction might be to dwell on his departure, I know that he would want us to continue to create the best site that we can. With that mind, I figured that the best way that I could honor Tim and his many years of work on the site is to post his sleeper picks.

As you know, we have been doing this annual piece on sleepers for many years. It is a high point on the calendar and allows us to shed some light on those films that might otherwise not get much notice. We do a draft each year and Tim was particularly excited when his first round pick Valencia morphed into 10 Cloverfield Lane literally overnight the day after our draft.

How to Talk to Girls at Parties

The Space Between Us