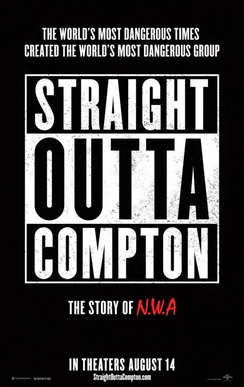 It isn't a music awards show without Kanye West showing his, uh, bizarre infatuation for BeyoncÃ©, is it? Well, last night's Grammys was yet another fine showing from Kanye as he expressed his opinion that BeyoncÃ© not Beck deserved to win the Grammy for album of the year.

I don't know who I feel more sorry for, Kanye for stooping down yet again to tarnish a once in a lifetime feeling for the actual winner or Jay-Z, who at this point has to be thinking about adding extra security for BeyoncÃ©. It was an interesting night beyond the Kanye interruption though as stars used it as a dress rehearsal for the Oscars in a couple of weeks.

Even Oscar host Neil Patrick Harris got into the fun by having a few drinks ("I'm eleven drinks in") and live-tweeting the Grammys. Needless to say, I think we are in for an epic Oscars ceremony on the 22nd, no pressure NPH.

Another interesting trend from the Grammys which we might see at the Oscars is all of the skin that both men and women were showing. Anna Kendrick turned many heads wearing only a tux jacket for a top. NPH quipped.

Current it-girl Taylor Swift showed off her coltish signature legs in a front slit dress that barely hid anything from the imagination. Again NPH said what we were all thinking.

I'm one envelope away from seeing Taylor Swift's lady parts.

But the skin baring wasn't just for the women. Many men also showed more skin that we've seen in the past. Most notably, Keith Urban opted against a shirt under his tux jacket ala Anna Kendrick and it seems that his wife Nicole Kidman found it difficult to keep her hands to herself.

We're off to the ball! Tune in to the #GRAMMYs tonight, it's gonna be a great show! - KU https://t.co/Kp2CNmB6lf

It should be interesting to see how these fashion trends find their way onto the red carpet at the Oscars. But that's still a couple weeks away. First, we have to talk about this weekend at the box office. Let's dig in, shall we?

In the end, all it took to knock American Sniper from the top perch was a little old cartoon movie. OK, calling The Spongebob Movie: Sponge Out of Water little is probably a stretch, but it is the first theatrical film in over a decade from the popular Nickelodeon cartoon.

If you had put a gun to my head before this week and asked me if Spongebob was still on the air, I would have been hard-pressed to come up with the right answer. And yet, with $56 million at the box office this weekend, it would seem that the animated sponge has never been bigger (quite literally).

I consider this to be the first real surprise in 2015 as I didn't expect the film to even make $100 million total. Now, it would appear that thanks to a dearth in family entertainment for the next few weeks, The Spongebob Movie: Sponge Out of Water is set to make over $150 million.

As an interesting aside, Tim and I talked in last week's podcast about how Hollywood considered months such as January, February and September as almost film graveyards where they release films with no expectations for box office success. However, this marks the second year in a row that an animated family film over performed during the first weekend of February (last year was The Lego Movie). Perhaps February is turning into a reliable performing month for animated family fare. This will need to be taken into consideration when we sit down and do our predictions for 2016 as Illumination Entertainment has an animated pets movie coming out around then.

As for American Sniper, the late year juggernaut continued its impressive run despite losing first place in its fourth weekend of wide release. The film earned another $24.2 million to bring its total up to $282.3 million. Most importantly, after a drastic Super Bowl falloff last week, American Sniper only dropped by 21 percent and looks poised to officially take the 2014 box office crown around the time of the Oscars later this month.

The only thing befuddling than the Wachowski bothers Wachowski siblings themselves is how such promising filmmakers could reach such heights only to completely fall off the Earth over the course of like two films. This is M. Night Shyamalan territory here and the answers are no more forthcoming than from one of his films.

The Wachowski siblings' latest film Jupiter Ascending was troubled from the start. After several release delays, it was finally pushed to the film graveyard of February and it only made $19 million this weekend. On the surface, the film would seem like a return to fertile ground for the Matrix filmmakers, but not even a hot cast with the likes of Mila Kunis and Channing Tatum could save this doomed ship.

Jupiter Ascending will be lucky to reach $65 million in the box office and from the looks of the film, that won't even put a dent into the production costs, let alone the marketing fees. Of course, it was sent out to pasture with barely any fanfare, so perhaps the marketing fees weren't too high after all.

Something called Seventh Son opened in fourth place with $7.1 million. Considering that I hadn't really heard about the film I would have expected them to be ecstatic with that performance, but apparently they were not amused. Seventh Son does star Jeff Bridges and Julianne Moore but its chances of hitting $30 million at the box office looks slim at best.

This upcoming weekend is bound to be interesting (no pun intended). Just how big will Fifty Shades of Grey be? Will Kingsman: The Secret Service surprise in a weekend (Valentine's Day) that has traditionally not been one that has done well with action films? We shall find out.

Of course, at 37, Edgar probably won't be playing a Kessel run era Han Solo, but might work for an original prequel Han. Very interesting indeed.

Yeah, Johnny Depp has a private island. Of course, he does. Congrats to the happy couple.

Thankfully, the first trailer below has me seeing dollar signs and jumping for joy that I had the faith in the film. The trailer is red band as you would imagine, but if you're cool with red band trailer, enjoy.

Hopefully your weekend wasn't interrupted by Kanye. Until next week, mix well!