The Wachowskis are back with 'Jupiter Ascending' trailer 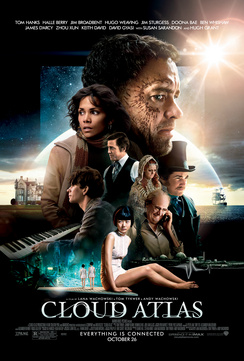 If there's one thing that was missing from Cloud Atlas, it was the Wachowskis. This is very troubling since, you know, the famous siblings wrote and directed the film.

But, this isn't a review of Cloud Atlas, this is a teaser trailer for the Wachowskis' next film, Jupiter Ascending. I'll be honest, I came into the trailer completely tabula rasa, I had absolutely no idea what the film was about, other than it was supposed to be an epic Sci-Fi adventure classic.

So, with everything from The Adventures of Pluto Nash to Blade Runner (and everything in between) running in my head, I wasn't quite sure what to expect when I sat down to watch this trailer. If anything, I was hopeful that I would see something that restore a bit of faith in the Wachowskis.

I must say that I was not disappointed. From this brief little look at this visual world, I think Warner Bros. has what Disney only dreamt they had with John Carter, a franchise worthy backstop to kickstart of series of tales about humans interacting with aliens. I certainly don't want to get ahead of myself, but it will be interesting to see what something like Jupiter Ascending will do in comparison to the next Star Wars film.

But let's not go there quite yet. It's a promising first teaser, but it is just a tease. Jupiter Ascending stars Channing Tatum and Mila Kunis and hits theaters on July 25, 2014.