Is 2012 the best slate of Summer movies ever? 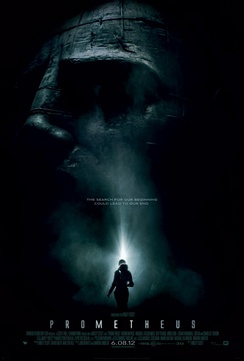 This is a question that I have been grappling with for the better part of the last year when we started to get an idea just how huge this Summer was going to be. My partner in crime Tim has always been skeptical saying that, if anything, 2012 would be flat or even decline over 2011.

And yet, I continued to believe that the box office was going to bounce back. To be fair, 2011 was the highest grossing Summer of all-time by total gross, but without taking into consideration inflation or the higher ticket cost of 3D offerings, it's really like comparing apples to oranges.

Over on Box Office Mojo, they have a great page that allows you to compare one Summer to another, dating back to the 1982.

Going all the way back to 1982 is key because that Summer is affectionately known as "The Summer of the Blockbuster." Many people argue that it is the best slate of Summer movies ever released. In fact, the good folks over at the awesome Alamo Drafthouse have even curated a special collection of Summer 1982 movies that will be shown on the big screen to commemorate 30 years since their release.

Trust me, if you don't think Summer 1982 was impressive, click over and peruse their list. Or better yet, check out the definitive list of all 49 films release that Summer.

That's a pretty impressive list, now isn't it? And before you start clambering how E.T. only earned $359 million at the box office, you have to consider inflation. That figure would translate into approximately $1.1 Billion dollars today which would smash the current record holder. And that doesn't even take into consideration premium tickets such as IMAX or 3D.

So, comparing the Summers simply by box office doesn't do the trick, but there is a tool on Box Office Mojo that provides a more accurate measurement. While not perfect, if you sort the Summers by "% of Total" (which measures what percent the Summer box office was of the annual total box office - click here*), you start to get a very interesting picture. 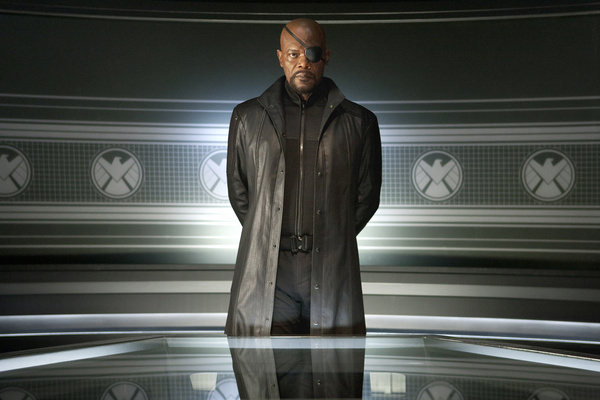 And what about those huge box office hauls from the last three years? 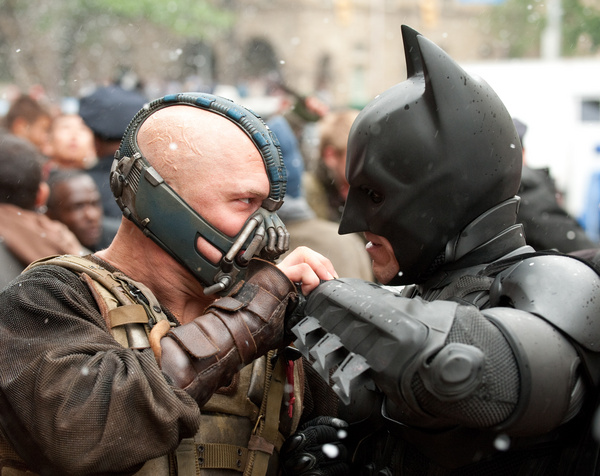 Well, it could mean simply that people in the 1980s saw the majority of their films in the Summer and didn't visit their theaters much the rest of the year. Or it could mean that slate has been spread out more with bigger box office performers being released in during the other seasons.

But, what I think it means is pretty clear. The films in the Summer of 1982 were simply amazing, while in more recent years, the Summer releases have been mostly forgettable. 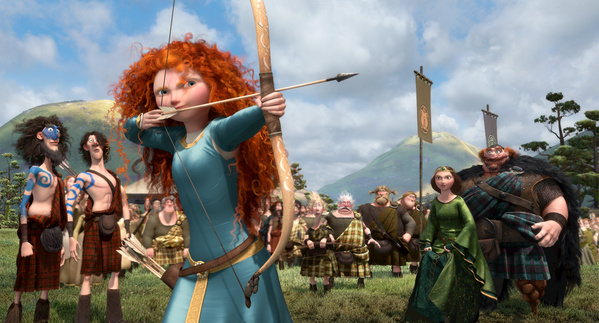 So, how will the Summer of 2012 stack up to 1982 when it is all said and done? As you know, I think this slate of films has the potential to be the best slate of Summer releases ever. I think it's a foregone conclusion that the total box office will be the highest Summer ever.

Beyond that outdated metric though, I think that Summer 2012 has a great chance of besting 1982's huge 23.2% of total annual box office. 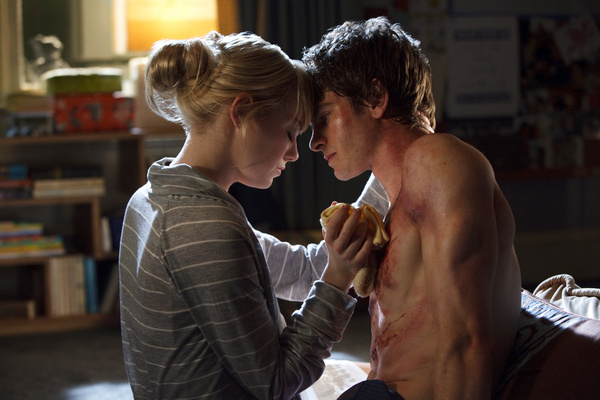 Consider this, there have only been 13 films all-time that have surpassed $400 million in total domestic box office. Of those 13 films, only in 2009 did more than one film top this mark (Avatar and Transformers: Revenge of the Fallen). So far in 2012, The Avengers has surpassed $400 million and it looks like The Hunger Games might limp past it as well. 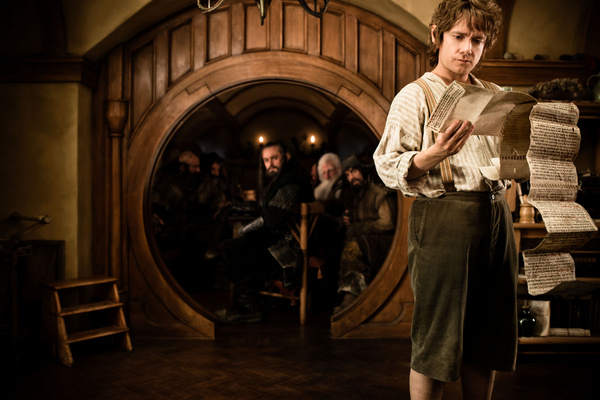 Looking ahead, The Dark Knight Rises is a sure-fire bet to make more than $400 million and I think The Hobbit: An Unexpected Journey has a pretty good shot of making it there too. I also wouldn't be surprised to see another Summer movie top the mark. If I had to choose right now, I'd say The Amazing Spider-Man might do it, or an animated film like Brave.

Of course, having such huge box office performers like The Hunger Games and The Hobbit: An Unexpected Journey being released outside of the Summer season, might drive down Summer's percentage. While I think this is a real concern, I still believe that when the dust clears, 2012 will be the top Summer based on percentage of total box office.

But numbers only tell half of the story.

The reason that the Summer of 1982 stands the test of time as the best slate of Summer films ever is the breadth and quality of the films released. Beyond the top box office draws, there were numerous cult hit films such as Blade Runner, Fast Times at Ridgemont High and The Thing that continue to resonate to this day. 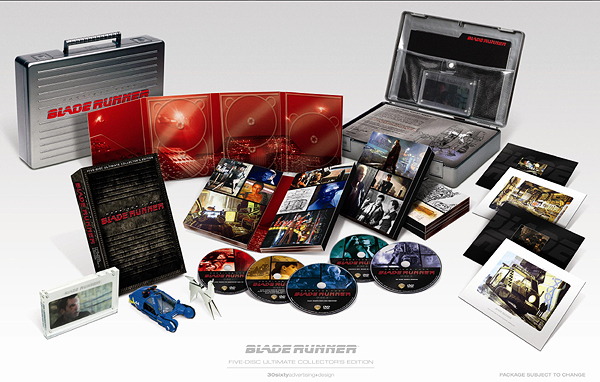 So, which films from this Summer will cherished 30 years from now? Films that won't have put up hundreds of millions of dollars at the box office? I can think of a few.

The one downfall of having so many huge tentpole pictures like The Avengers and The Dark Knight Rises is that there is only so many dollars to go around. Inevitably some films will suffer because of this and I think these films could find a second life on DVD and Blu-ray. I would reckon that video stores will be hoppin' during the 4th quarter bringing back memories of the halcyon days long ago.

In fact, I think we've already seen a number of films that have fallen victim to this and will thrive on home entertainment. Dark Shadows and The Five-Year Engagement** are two that immediately come to mind. 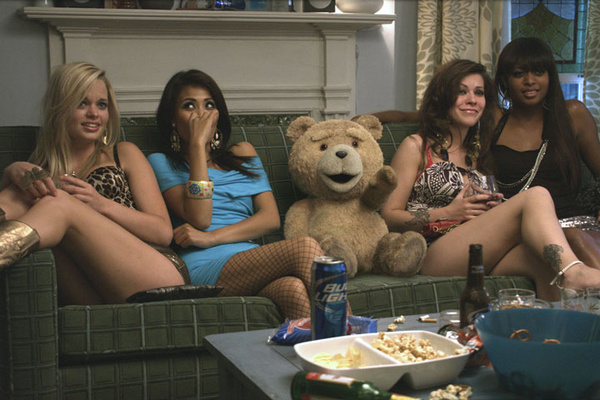 Looking ahead it's always difficult to project what movies will perform unexpectedly better or worse than expected. I guess that's why studios are so keen to install revolving doors on their executives' offices these days.

Off the top of my head, if I had to wager a bet as to which films won't earn $100 million at the box office this Summer but will greatly over perform at home entertainment, I would include Moonrise Kingdom, Safety Not Guaranteed, Abraham Lincoln: Vampire Hunter, Ted, The Watch and ParaNorman on that list.

Of course, naturally, time will tell on the cult classics and it will be very hard to ever compare the two Summers as there will always be a 30 year gap between them. However, I think that with the sheer number of films that are released each year now, it's increasingly hard to really stand out as a cult hit these days.

I would argue that none of the films released this Summer will become as endearing to our souls as E.T. no matter how much time has passed. Therefore, if the numbers pan out and Summer 2012 becomes the objective Best Summer ever, I still think that Summer 1982 will continue to exist as the subjective champ. 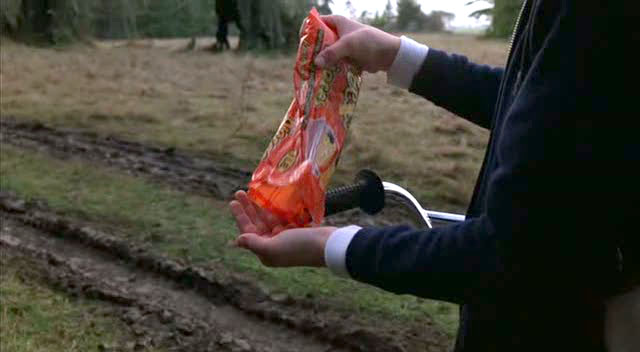 Thankfully, it's a debate that we can continue to have until the gray hair completely takes over. What do you think? We would love to know which Summer you think is the best one of all time.

* Thanks to reader Steve for pointing out that the numbers from Box Office Mojo that I cite are the percentage of #1 Summer movie to total Summer box office. The Summer to overall box office numbers are on the site here. Those numbers look more accurate with Summer's box office making up about 35-45% of the annual total. The numbers pan out mostly the same though with the higher percentages being the early to mid 1980s before trailing off. Recent years have been better in the 40% range, but not close to the ones from the early '80s.

** I know that technically The Five-Year Engagement was released just before the official start of the Summer season, but it is a good example of the type of film that will suffer at the box office and will thrive on home entertainment.